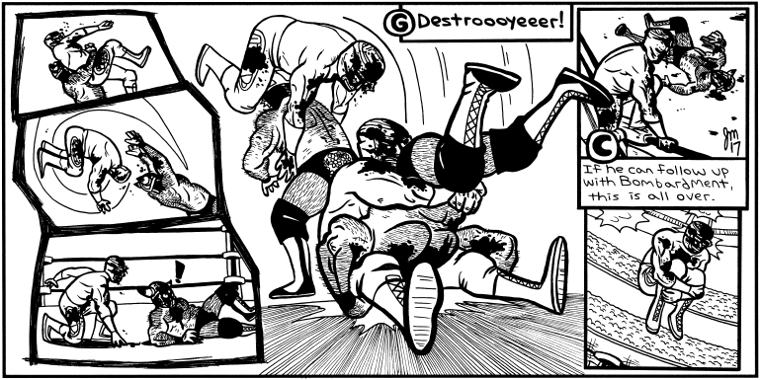 To me, the Canadian Destroyer is the most lucha finisher ever – it’s unnecessarily flashy and it looks like it should kill the guy taking it. That might be because the Dragon Lee vs. Kamaitachi feud is the bulk of the lucha I’ve watched recently, and those guys LOVE doing unnecessarily flashy moves that look like they should kill somebody. Speaking of which, who’s the first idiot to agree to take a flipping piledriver? That guy must be dead, right?

Next Week: There won’t be a comic next week, as I’ll be driving back from Emerald City Comic Con. The next update will be the 13th, but patrons can see that comic right now!