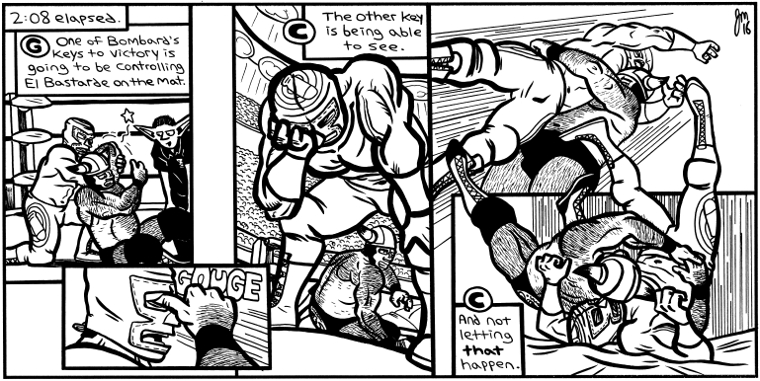 I always enjoy the keys to victory in sports games, because they’re almost always obvious things that aren’t at all unique to that team. “The offence needs to execute.” That’s an actual key to a game that I remember seeing. That describes EVERY OFFENCE in EVERY SPORT. “Work hard” was another one. Again, EVERYONE IN EVERY SPORT NEEDS TO DO THAT. Get it together, sports commentary.

Next Week: More keys to victory, which are slightly more specific to the individuals involved. Read it now by becoming a patron on Patreon! 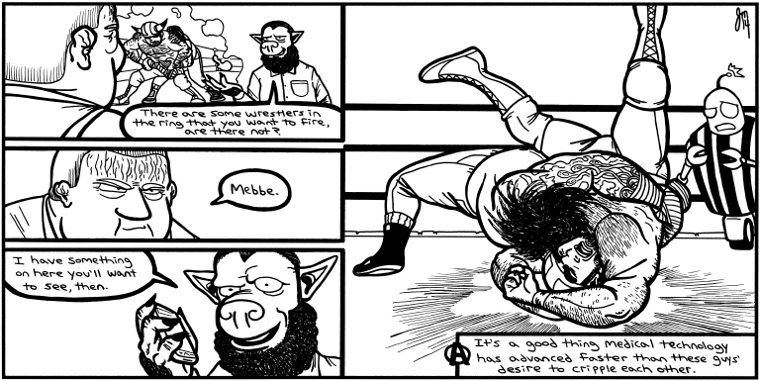 Also, everyone should thank/eulogize Tomoaki Honma, who provided the photo reference for Richard the Lionheart landing on his neck. The photo didn’t have any information about when it was taken, but I’m guessing it was at least two years ago, as Seiya Sanada was suplexing Honma in an All Japan ring. That wasn’t information you needed to know, but it was information you deserved to know. What does that even mean? I don’t really know. At this point I’m writing some serious stream-0f-consciousness shit in this newspost.

Next Week: Countless Asians died to bring you these head drops. Figuratively. 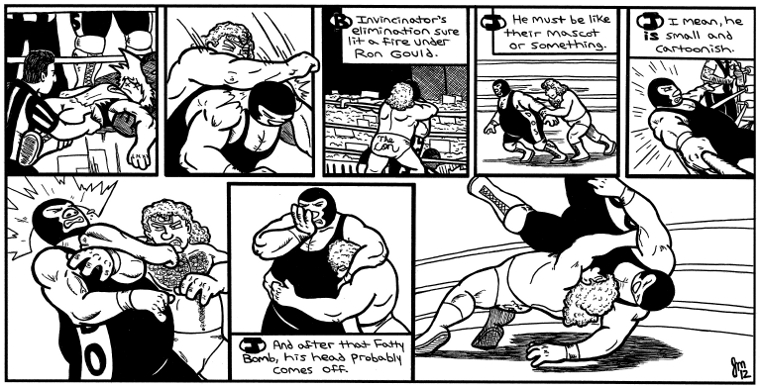 At no point in working on HEAT, until about five seconds ago, did I ever think I would have a Dead Poets Society joke in the comic in any context. Mostly because I typically forget that movie exists until it gets brought up in classes.

I use a lot of photo reference to help me draw the moves, and sometimes finding the right reference for what I’m trying to draw is a huge pain in the ass. For example, any time I want reference for somebody standing on the top rope, I pretty much have to try to take those photos myself at live shows, because finding them online is more hassle than it’s worth. Back suplexes, on the other hand, take roughly ten seconds looking at a Japanese wrestling magazine to find references from 17 different angles. I’m pretty sure it would take less effort to find a picture of a back suplex where somebody was on fire in a Japanese wrestling mag than it took me to find reference for the Bossman Slam on WWE.com. And that’s keeping in mind that Wade Barrett’s new finisher is the Bossman Slam. Madness.

Also, if you’re in Edmonton, check out the Edmonton Collectible Toy and Comic Show on April 1st at the Shaw Conference Centre, where I’ll be hanging out with the Open Door Comics crew. Bring money and buy books.

Next Saturday: I fought the Law and I’m seriously running out of Law puns, you guys. Johnny Law is involved.